For a robot vacuum, lidar is like its "eyes". It allows the robot vacuum to intelligently avoid obstacles autonomously, and can also create a high-precision map of the room to realize path planning and avoid repeated paths. As the "vital organ" of robot vacuum, lidar accounts for 10% of the product cost.

In recent years, under the influence of the trend of lazy economy, consumption upgrade, and home economy, the market size of robot vacuum has grown steadily. This makes Christopher, who has been trial and error for 3 years, see a turning point.

Camsense has been committed to the research and development of high-precision positioning visual and spatial sensors. The team has been wandering in the field of smart TV somatosensory games and VR. Taking into account the education level and scale of the market, in September 2017, Christopher decided to switch his focus and target the rapidly developing "light red market" of robot vacuum.

On Double Eleven the following year, Camsense officially launched the first lidar product with its own intellectual property positioning chip, and the cost is only about 40%-50% of that of traditional manufacturers. In August last year, Camsense launched a new miniaturized lidar product, which has improved performance by 50%, but the price is basically the same. At the same time, Camsense's second largest foundry has been put into use. In 2020, the shipment of lidar products will reach 500,000+ units, ranking among the top suppliers in the lidar field.

According to the data, the scale of China's robot vacuum market is expected to reach 23.14 billion yuan in 2024. As an upstream supplier in the industry, Camsense has also been favored by capital many times while expanding its market share. In mid-January, Camsense received 80 million yuan in B1 round of financing. The lead investor was AVIC International, followed by Puhua Capital, Shenzhen Tianle Investment, old shareholders Fengyang Capital and Chenhui Ventures. "When we first entered the field of lidar, we were just unknown 'experts'. What do we rely on to win customers? We rely on continuous technological innovation to produce more cost-effective products." Christopher summed up Camsense's later come from reason.

In 2014, Christopher founded Camsense from the computer vision and image processing major of the automation department, dedicated to the research and development of visual sensors. For the first three years of its business, Camsense has been hovering in the "wind". They have explored smart TV somatosensory games, and they have also tried VR games. But because the market is too early, it is difficult to grow into a larger enterprise in a short period of time.

"Can you make lidars applied in the field of robot vacuum?" A word from the partners led them to find a new direction of development.

After nearly half a year of research, they found that for robot vacuum, the differences in core functions of products between brands are not obvious.

In September 2017, Camsense started the research and development of the lidar project. The Christopher team decided to take a differentiated route from the beginning, and build chips and components with exclusive algorithms as the core.

In September of the following year, Camsense officially launched Camsense® X1, the first LiDAR positioning chip with independent intellectual property rights. The products are mainly based on the technical route of self-developed ASIC chips + area array sensors. Different from the industrial-grade linear sensors and DSP chips adopted by other manufacturers, Camsense's products have outstanding advantages in reliability, price, intellectual property rights, etc. Downstream customers save 40%-50% of the cost.

After winning the favor of customers with its price advantage, Camsense began to think about how to optimize product quality and win by word of mouth. In May 2019, Camsense welcomed one of the most demanding customers - Dreame of the Xiaomi ecological chain.

According to Christopher, in the cooperation with Dreame, they only tested and solved the problem of sunlight interference, and they did it for half a year, because Dreame asked to test the resolution accuracy of the lidar in the whole process from the rise of the sun to the sunset. "The sun rises from 0 degrees to 180 degrees and sets, every 5 degrees, we have to test the quality of the lidar output data, and this test is not a problem of one or two sets, but a batch problem."

In addition to product performance, Dreame also made strict requirements on the appearance of the product. "Lidar is a component hidden inside, and it is reasonable to say that it does not have high requirements for appearance. But Dreame hopes that we can look at it according to the standard of finished product appearance, because after the product leaves the factory, there will be some self-media evaluations, and if the internal components are very rough , it will affect the reputation of the product." In September last year, after a year and a half of testing and improvement, the lidar used in Dreame's complete products began to be shipped.

At the same time, Christopher also found that 30% of customers are shifting towards product miniaturization. Especially for some start-ups, they have no cost concerns about replacing old molds, so they hope to make the lidar as small as possible, leaving more assembly space and choice for robot vacuum manufacturers.

In August last year, after more than half a year of polishing, Camsense launched a new compact lidar Camsense® X2. In addition to following the X1 in chips and algorithms, the X2 miniaturizes the components of the core navigation and ranging. In terms of product performance, the sampling frequency of X2 has been increased from 2080Hz to 3000Hz, which can provide more accurate environmental scanning contours and draw spatial maps. In addition, it is easier to identify small objects within the ranging range, and it is easy to improve the robot vacuum's ranging, positioning, and obstacle avoidance capabilities. According to Christopher, the performance of the X2 is 50% higher than that of the X1, but the price is the same.

In addition, the wireless power supply method is adopted in the Camsense X2, and its lifespan will be as long as 3-5 years, which is enough to meet the replacement frequency of small household appliances in normal families.

Break the bottleneck of mass production

With its cost-effective products, Camsense has received a large number of orders, but production capacity has become the biggest problem for the Christopher team.

"Lidar is a high-precision optoelectronic integrated product, and it involves electronics, optics and mechanical structures in manufacturing. Generally, it takes at least 8-10 months to introduce new products. How to ensure reliable and stable quality On a high-volume basis? This places extremely high demands on our supply chain,” explains Christopher.

At the end of 2019, the Christopher team began to expand the production line, looking for a second foundry. They chose a foundry that specializes in laser printer products for Huawei, Epson, and Canon. Although the foundry has experience in the foundry of laser products, for a relatively new product such as lidar, there is still a step-by-step trial and error in manufacturing.

In March last year, after the epidemic eased, the Christopher team immediately restarted the construction of the second foundry. They adopt a deeply involved hybrid OEM model, and the company is involved in the OEM production process, including the procurement of raw materials, the procurement and customization of production equipment and software, the commissioning of equipment, the formulation of production standards, testing methods, and worker training.

To this end, Camsense has more than doubled the team responsible for the supply chain. The engineering department, quality control department, and production planning department have been stationed in the foundry for a long time to live and eat with the workers.

"Building a supply chain requires accumulation bit by bit, constantly discovering problems and improving problems, reducing the interference of human factors, and ensuring the consistency of mass-produced product quality and long-term reliability." In 5 months, Christopher and his team 3 trial productions were carried out. 100 for the first time, 500 for the second time, and 1000 for the third time. With the gradual expansion of the trial production scale, the problems they found also increased.

"The site is new, the equipment is new, and the workers in the foundry are also new. The products that have just started trial production are all scrap products and cannot be shipped to customers. They are purely used to check the foundry." Christopher recalled .

For example, in the production process, there is a part of the wireless coil that needs to be manually welded. In the trial production of 100 units and 500 units, workers may do it slowly and can weld well. Or the worker is skilled and can do a good job. And once the output rises, the production rhythm is accelerated or the workers are replaced, the problem will be exposed.

After the completion of the third trial production, Christopher had a hunch that in the future large-scale production, the instability of manual welding may become the norm. The team specially introduced an automatic welding robot to eliminate human factors in the welding process.

In August last year, the second largest foundry was put into use, and the following month, Camsense reached a monthly shipment of 100,000+ units. In 2020, Camsense LiDAR product shipments reached 500,000+ units, a four-fold increase from 2019. This shipment level is second only to the industry TOP1 Asia Optical.

"The achievement of being a leading supplier in the industry seems to be the difference in products, but the main reason behind it is the difference in the core team." Christopher revealed that last year, Camsense successively introduced research and development, supply chain, finance, Executives of well-known companies in the field of marketing.

At present, the lidar products independently developed by Camsense have been commercialized in Dreame, Haier, 360, Lenovo and other brands.

In recent years, driven by the trend of lazy economy, consumption upgrade, and home economy, the market size of robot vacuum has grown steadily. According to the "2020 Annual Research Report on China's Consumer Goods Online Market" released by Tsingshan Capital, the current robot vacuum market is still in a state where supply cannot keep up with demand and continues to work hard to catch up. According to the data, the scale of China's robot vacuum market is expected to reach 23.14 billion yuan in 2024.

As an upstream supplier in the robot vacuum industry, Camsense has also been favored by capital many times in recent years. In mid-January, Camsense received 80 million yuan in Series B financing, led by AVIC International, Puhua Capital, Shenzhen Tianle Investment, and old shareholders Fengyang Capital and Chenhui Ventures.

According to Christopher, Camsense will continue to improve its supply chain capabilities, automate and upgrade the production line, and focus on the research and development of second-generation chips to explore the landing of products in other stock markets other than robot vacuum.

Story behind the "Invisible Champion" in Robots Vacuum Industry 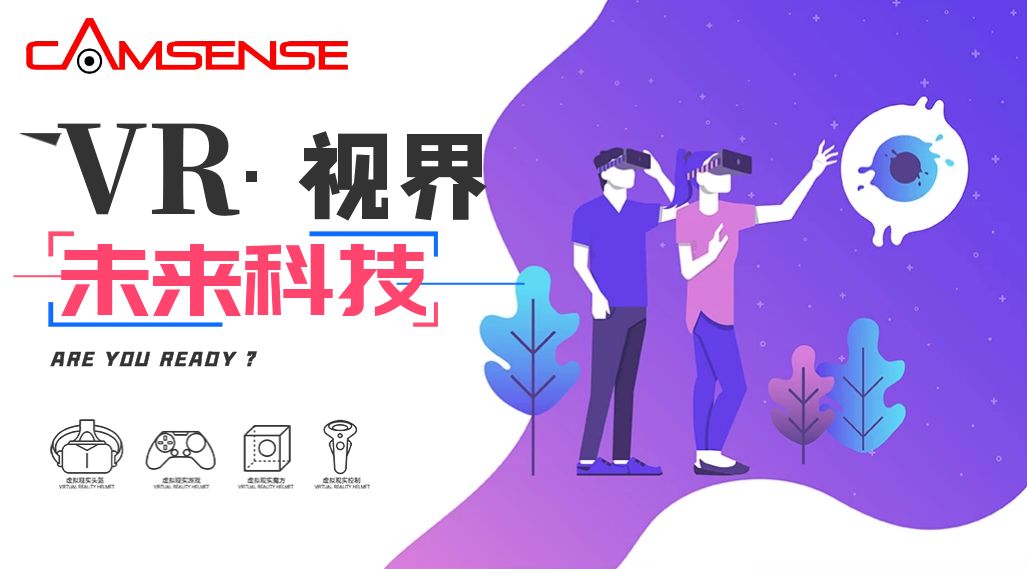