From "retarded" to intelligent growth: technological upgrading, intelligence is the norm

From the beginning of the sweeping robot's birth, until a long period of time, the random path planning mode is its main realization method. Random mode, specifically, the sweeping robot randomly covers the area to be cleaned according to the built-in movement algorithm, and at the same time senses obstacles through collision or infrared sensor sensing. After confirming the position of the obstacle, the sweeping robot will automatically steer at a certain angle and move on in the new direction. This path planning method has two important drawbacks: one is that the cleaning coverage area of the sweeping robot is difficult to control, which usually results in repeated cleaning in some areas or a large area missed; the other is that the robot frequently collides with obstacles during the cleaning process , causing damage to the robot or furniture.

In recent years, many technology companies have begun to study sweeping robots with a planned path mode, trying to make them more intelligent. It has been proved by the market that after the precipitation and development of technology, the planned cleaning mode has become the mainstream solution adopted in the current sweeping robot market. The robot with planning function relies on positioning and navigation technology to plan the path in advance before traveling, which not only avoids collision with obstacles, but also improves the coverage and efficiency of cleaning. 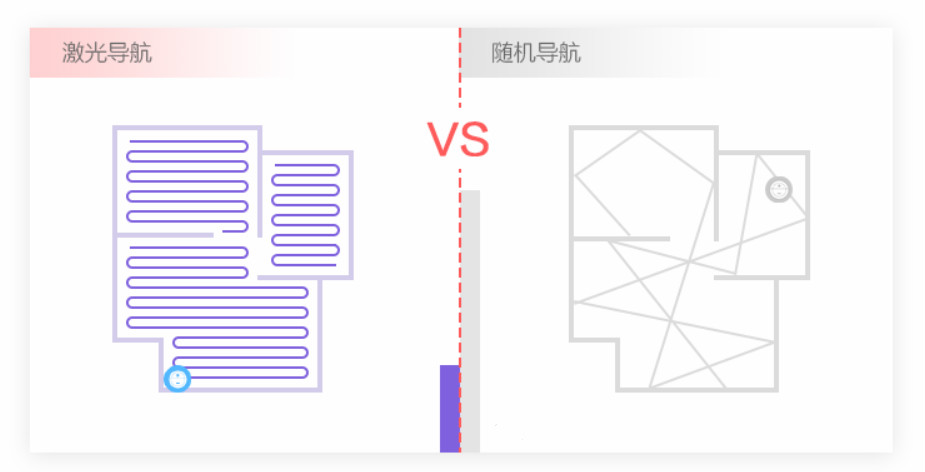 Path planning depends on the robot's positioning ability and map construction ability. The mainstream technology currently applied is SLAM. SLAM (Simultaneous Localization And Mapping) can be described as: the robot starts to move from an unknown position in an unknown environment. During the movement, it estimates the position and maps itself according to the built-in sensors to locate itself, and at the same time builds on the basis of its own positioning. Incremental maps to realize autonomous positioning and navigation of robots. 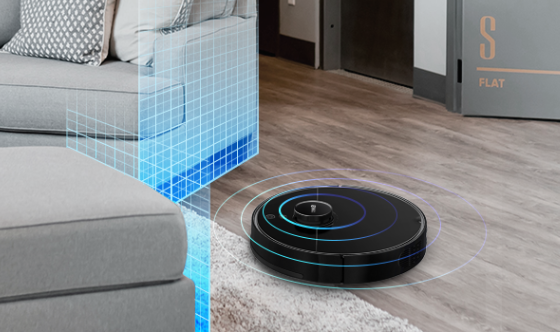 It can be said that the sensor is the "eye" of the sweeping robot.

According to different sensors, SLAM can be divided into two categories: one is SLAM based on LDS laser ranging sensor; the other is SLAM based on machine vision, namely VSLAM. Among them, laser SLAM started earlier, and the product landing is relatively mature; while VSLAM technology is still in the stage of developing application scenarios and products gradually landing.

In the current sweeping robot market, laser positioning technology is the mainstay. The representative brands are Neato, Xiaomi, 360, and some models of Ecovacs.

From the perspective of the overall LDS lidar industry, the price and cost of lidar has a wide range, there are many influxes in the industry, and the competition is fierce. Major lidar manufacturers want to provide extremely low-priced products for sweeping robots. As a result, the price war The quality of the next products is mixed. The reliability and stability of performance determine whether the sweeping robot is "artificial mental retardation" or artificial intelligence.

According to German GFK data, the product penetration rate of Chinese home service robots in coastal cities is only 5%, and in inland cities is only 0.4%, which is still a big gap compared with the 16% penetration rate in developed countries. This shows that although domestic sweeping robots are growing rapidly, many families are still in the wait-and-see stage.

The author believes that for the sweeping robots of household appliances consumer products, the current products of various brands are not significantly differentiated in core functions. In the short term, cost-effectiveness is the core competitive advantage of sweeping robot manufacturers.

According to data, the vacuum robots of Mijia (a branch brand of Xiaomi) was officially launched in September 2016. Because of its affordable price and excellent cleaning ability, it has captured a large number of consumers. At present, the market share of Mijia's robots has reached 10%. %, the main reason is the extremely high cost performance of the product. This is due to Xiaomi's strong supply chain resource integration capabilities, which ensure the cost of upstream lidar.

In addition, it is worth mentioning that the 360 sweeping robot, which launched the first sweeping robot in 2018, quickly occupied a place with a very cost-effective product. It is understood that the LSD lidar carried by the 360 robot vacuum cleaner is the king of high cost performance of Camsense - Camsense® X1. Camsense® X1 is a consumer-grade product of Camsense based on monocular spatial positioning technology. It is quickly favored by customers for its high cost performance and stability.